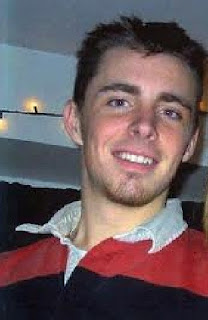 On March 13, 2010, after getting a late start, Gregory Hart, 23, drove his Mustang from Dedham, MA, to the apartment of a friend in Providence, RI. There, he met up with three old college buddies–Will, Zach, and Zach’s girlfriend–to celebrate his new job. By 10 p.m., the group was heading out to the Red Room Tavern at One Fox Place in Providence.
At 1:21 a.m., Hart spoke on the phone with Will, who was at the bar that night. The two spoke for 8 minutes, but it has not been reported what was said. It was the last time Hart’s phone was used.
Friends say that around 1:40 p.m., Greg just got up and left the tavern without saying a word. Nothing unusual appeared to be going on, but Hart left the bar (FOX 25 / MyFoxBoston.com, March 15, 2010).
Friends initially speculated that while they returned to their apartment, Hart may have gone to an International House of Pancakes (IHOP) on Promenade Street. But Hart’s brother, JP, later told the Providence Journal that this wasn’t likely. While he and his brother had indeed sometimes walked from the Red Room to the IHOP, it had been in the summer. Family members did not believe Greg would have walked to the pancake house in the rain, and there appears to be no indication that he did so. (Providence Journal).
Cell phone records indicate that, at some point, Hart’s friend, Zach, tried calling Greg’s phone (along with the police and local hospitals) to find out what happened to his friend.
Hart’s family remained uneasy; Greg Hart’s car was still parked outside the apartment building where he had left it, and his cell phone had not been answered.
By Sunday when he still hadn’t returned for the St. Patrick’s Day parade, they became “seriously worried” and they filed a missing person’s report. (Boston.com.
When the police failed to search, family and friends of Greg Hart launched their own search effort. More than 50 people came to the aid of the Hart family, helping to look for Hart and/or post fliers around the area.
On Tuesday, March 16 at around 2:45 p.m., a family friend made a grim discovery just three-quarters of a mile from where Hart had last been seen. Hart’s body was found washed up against a tree limb in the rain-swollen Woonasqatucket River in Providence, “half in and half out” of the water (ABC6.com)
If you know anything about what happened on the night of March 13, 2010 please come forward and tell what you know regarding Greg Hart! While some facts are know such as that he went out that night with friends and that he was later found in the river. It is not known how he left or how he got into the river. He was an avid swimmer and was trained in scuba diving as well. His Family has some serious and genuine concerns that there was foul play involved. If you know anything please come forward and bring this Family the answers they need and deserve.

Posted by LostNMissing, Inc at 3:00 AM