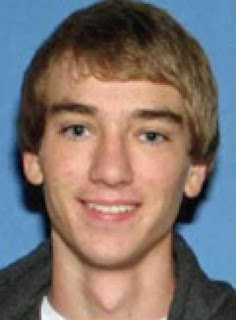 Police say the body found Wednesday in Bellingham Bay is Dwight Clark, the 18-year-old Western Washington University student who has been missing for more than a week.
Investigators found Clark's driver's license with the body and made the identification from physical characteristics, police spokesman Mark Young said. A medical identification and cause of death are expected later this week.
Hundreds of Western students gathered Wednesday at a 4 p.m. memorial for Clark at the center of campus.
"We are profoundly saddened, and extend our deepest condolences to the Clark family and all who knew Dwight personally," Western President Bruce Shepard said in a statement.
Clark, of Auburn, was last seen about 2 a.m. Sept. 26 leaving a party in the 1000 block of Indian Street. He was believed to be going to his room at nearby Nash Hall, but police said about 40 minutes later a blank text message was sent to a friend from downtown Bellingham.
Search parties had been combing the area for Clark since.
The body was found in an area owned by the Port of Bellingham, which was previously owned by Georgia-Pacific. An independent contractor working for the Port of Bellingham found the body floating in the water between a dock and a log boom, Young said. He notified port officials, who called police.
Officers notified Clark's mother about the body early Wednesday afternoon. Young said police wanted to let her know of their efforts and brace her for possible developments, but the notification was initially done as a precaution.
On Saturday, a U.S. Customs and Border Protection unit helping with the search for Clark found a woman's body along the shore of Bellingham Bay. She was found near Cornwall Avenue and Pine Street, a few blocks from the Western campus.
The woman, in her 60s, had a self-inflicted gunshot wound to the head, Young said.
On Tuesday, a man wrote on a missing poster outside a convenience store that Clark was stabbed 17 times. Police took the poster, but have not said if they think the claim is legitimate or a hoax. The owner of the Super Store at 2019 Harris Ave. told KOMO/4 that Bellingham police reviewed store surveillance footage to try and identify who left the note.
More than 100 people gathered Saturday for a candlelight vigil at Brannan Skate Park in Auburn. Clark was an avid skateboarder and recent graduate of Auburn High School.

Read more: http://www.seattlepi.com/local/article/Police-Missing-Western-student-found-in-883383.php#ixzz2QiYhcrFr
Posted by LostNMissing, Inc at 2:30 AM 1 comment: