The 28-year-old went missing March 10, following a pub crawl on Water Street.  The report states Hecht was last seen at Rosie’s Tavern just after 9:00 p.m. that night.
According to detectives, surveillance video from the bar, show the man staggering and swaying back and forth.
Friends told police, they were unaware Hecht was still at the bar when they left in a cab.
Later video shows Tom walking alone, but investigators say they’re still unsure where he plunged into the river.
The Hecht family issued a statement saying they are heartbroken and thanked volunteers for their search efforts.  Final toxicology results are not expected to be complete for several weeks.
The Milwaukee County Medical Examiner’s Office has ruled the death of Tom Hecht an accident.

Posted by LostNMissing, Inc at 3:00 AM No comments: 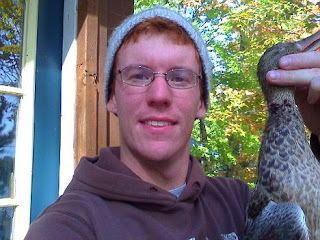 The body of missing Wisconsin college student Eric Duffey has been found in the Wisconsin River after an exhaustive search involving 150 volunteers.
Duffey, 21, disappeared early on Saturday morning having been out celebrating his birthday with friends at Joe's Bar.
He was last seen at about 1.15 am leaving the bar and is thought to have been heading for his residence or that of his girlfriend.
Stevens Point Sgt. Dan Wheeler said officials removed Duffey’s body at around 1.10 pm this afternoon from the river, which goes through the city about 110 miles north of Madison.
The coroner's office made a positive identification after meeting with Duffey's family.


Kudronowicz said the department had received new information that led officials to believe Duffey walked into the Wisconsin River, adding ‘I think alcohol had something to do with his actions.’
But Duffey’s father Darren told WISC-TV: ‘I know that they were drinking, but it doesn't sound like they were drinking heavily. It wasn't like they were doing 21 shots or anything like that.'
Sgt Wheeler said that information included a witness who came forward and said he heard someone yelling for help at about 1.30 am Saturday near the Clark Street bridge. But Wheeler said the witness didn't see anyone when he checked.

Several college-age men around Wisconsin have disappeared after drinking heavily at taverns only to turn up dead in local rivers over the last decade.


Read more: http://www.dailymail.co.uk/news/article-2110762/Body-missing-student-Eric-Duffey-Wisconsin-River.html#ixzz2PyuXIJtc
Posted by LostNMissing, Inc at 12:00 AM No comments: