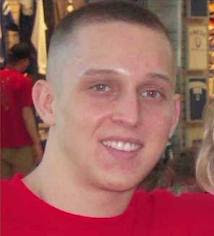 Walton Matthew Ward
Matt’s mother reported him missing after he never returned from a night out in Broad Ripple, Indiana.
After identifying her beloved son’s earthly body she was very heartbroken. She said she was still waiting to hear what might have led up to her son’s death. Matt was a good swimmer and “lived life to the fullest”, she says, which is why she can’t understand how he ended up in the water.
Matt was visiting from California and planned to go on a date on October 12, 2012, with a girl he’d met on Cupid.com. She dropped him off outside Peppers Bar but never saw him again.
The owner of Peppers Bar confirmed that Matt visited the bar for nearly an hour Friday night, but he never met anyone there and left on his own.
“Something happened,” said the owner of Peppers Bar. “We don’t know what it was. Something made him leave here. If they were supposed to meet here, something made him leave here.”
Thankfully, like some others, Matt left word as to where he was going and even had his mom drop him off.  This saved weeks and perhaps even months of searching for him had he not told where he was going. He even did the right steps in meeting someone (that he did not know) in a public place. Matt also checked in with his mom during the night to let her know he was doing ok, which is another important safety practice that he adhered to which is also a very wise practice for all to follow.  Matt’s mom  received a call from her son at 10:30 p.m. Friday, saying he was doing fine. She never heard from him again.
At 1:30 a.m. on October 13th, there was a 911 call from the phone Ward was using, but the call only lasted for one second. Detectives traced the call back to a cell phone tower in Broad Ripple. While Matt did nearly all possible, and wisely, something invariably happened to him which caused his death. Something went very wrong. We pray his family receive their needed answers.
We know it is not always possible for young adolescents to meet with friends, or buddies, in attendance, however…if at all possible and one is going to meet another on a date for the first time, perhaps one solution may be to “double date.”  Have the young lady always bring a friend and the young man to do the same.  It is sad our world has come to this, but we must try in all ways to protect each other.  Our hearts and prayers go out to Matt’s mom and family. We pray that they find what happened to their beautiful son. A young man who followed nearly all “the rules.”
Posted by LostNMissing, Inc at 3:00 AM 1 comment: