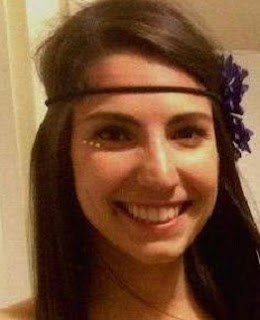 Officials with the Santa Barbara County Sheriff's Office confirm that the Cal Poly student who died in Santa Barbara is the same woman whose body was found in the ocean near Campus Point at UCSB on Saturday. According to police reports, 18-year-old Giselle Esme Ayala of Santa Rosa was in town with a group of friends for Deltopia, a Spring Break party in Isla Vista. Sheriff's investigators were able to confirm that she was the deceased female found. Ayala was a first-year sociology major from Santa Rosa and a resident of Yosemite Hall, the newspaper said. Cal Poly officials said counselors were available for students and can be contacted at 805.756.2511. “Ayala was last seen by her friends at approximately 11 p.m. Friday,” Hoover said. A jogger came across the body near the surf line west of Campus Point about 8:20 a.m. Saturday. Hoover said Ayala’s death remains under investigation. Her death is still under investigation, and no further information is available at this time.
____________

Our prayers for the family, friends and all who love and will miss  Giselle.
Posted by LostNMissing, Inc at 9:32 PM