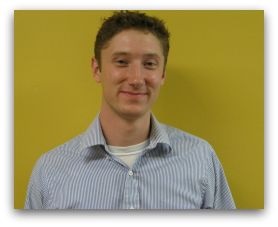 An Emeryville man who disappeared Sunday after he walked away from his friends at the finish line of the Bay to Breakers race remained missing on Tuesday and his family said his disappearance comes as a shock.
Beau Rasmussen, 27, said goodbye to friends after finishing the 7.46-mile run about 12 p.m., and said he was headed to the beach, according to San Francisco police. Later that night, his phone, credit cards and passport were discovered near the Beach Chalet Brewery and Restaurant across the street from Ocean Beach.
"I texted him at 6 p.m. on Sunday. He always texted me back and I never heard back from him," said Nicole Alpelian, his stepmother who lives in Portland with his father, and two young brothers, ages 5 and 9.
According to the Coast Guard, no one fitting Rasmussen's description was seen by lifeguards entering the water Sunday afternoon or evening.
He was reported missing after failing to show up for work Monday morning.
Friends said they planned to meet at Ocean Beach on Tuesday morning to search for him.
"It's totally out of character," Alpelian said of Rasmussen, who lives at Baker Lofts in Emeryville and works as a Project Developer for EDF Renewable Energy in San Ramon. "He's been at the company for five years and he's never been late which is why they were so worried when he didn't show up. He took that job because he wanted to save the world."
Alpelian said her stepson was in good shape and loved hiking and backpacking.
"He's responsible, caring and polite," she said through tears. "He loves his job and is a real family guy who is close to his two little brothers."
Rasmussen is described as a white, 6 feet 2 inches tall and weighing 195 pounds. He has brown hair and brown eyes and was last seen wearing jeans and an old maroon football jersey with "Chris" and the number 28 on the back.
Anyone with information should call San Francisco police at 415-553-0123, the anonymous tip line at 415-575-4444, or text a tip to TIP411 with "SFPD" at the beginning of the message.

In addition, searchers say that anyone with information about Beau’s disappearance can call the Emeryville Police Department at (510) 596-3700.
LINK TO STORY
Posted by LostNMissing, Inc at 12:00 PM 1 comment:

A body recovered near a lake south of downtown Bemidji has been identified as a man who hadn’t been seen since shortly after a birthday celebration last fall.
The identification of Matthew Charles Pulis was made by the Ramsey County medical examiner’s office. The cause of death was drowning, Bemidji police said Friday night.
Police and State Patrol personnel detected the body about 2 p.m. Thursday about 100 yards from the northwest shore of Lake Irving, said Police Chief Mike Mastin.
Pulis, whose 32nd birthday was on March 21, was last seen outside Toastie’s bar in downtown Bemidji in the early-morning hours of Oct. 20, according to the Beltrami County Sheriff’s Office.
A Facebook page set up by the family said that Pulis was at the Hard Times bar earlier that night celebrating a co-worker’s birthday with several people. Pulis worked at the McDonald’s on the west side of Bemidji.
The investigation is continuing. Anyone with information about Pulis’ disappearance is urged to call Bemidji police at 1-218-333-9111.

Posted by LostNMissing, Inc at 12:00 AM No comments: