Our heart and prayers to the Lukashkov family. 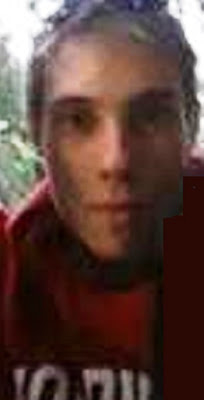 UPDATE: State police believe a body pulled Saturday morning from the Hudson River in Dobbs Ferry is missing Cornell University student Denis Lukashkov, 20, of Mamaroneck. “It appears to be him,” Sgt. John Maasz said Saturday afternoon. Around 9 a.m., divers with the Westchester County police Marine Unit were called to the river about a half-mile south of the Dobbs Ferry railroad station and recovered the body, Maasz said. Police are awaiting positive identification but believe it is Lukashkov.

Police found Lukashkov’s Honda Accord abandoned on the bridge around 4:30 a.m. Wednesday. Police suspected that he jumped into the river, but there were no witnesses. His mother, Yelena Chelewski, said Friday from her Mamaroneck home that she didn’t believe her only child jumped because he was a generally happy and optimistic person. Sam Saideman, a friend of Lukashkov who set up a Facebook page to help find him, said Saturday that he heard the news and was saddened. He called Lukashkov a good man and a good friend. Lukashkov was a 2011 graduate of Mamaroneck High School. Lukashkov had recently finished two years at the University at Albany and had a summer internship in Albany. His father lives in Russia. His mother said she last spoke to him Tuesday and that everything seemed fine.

From LostNMissing , Inc:
We know that depression and suicide is common to take hold on young college students as well as the "common" time that underlying undiagnosed emotional disorders, such as bipolar or schizophrenia, may transpire....and we know that everyone that loves someone and recognizes that one may be exhibiting such signs are going to do all possible to try and get them help.

We also know that while we are listing Mr. Lukashkov in our "Friends Don't Leave Friends" alone site...it is due to the fact that prior to becoming missing he was with friends in some type of get-together. Upon leaving, at which according to the reports was in the very early morning hours, he never arrived home.

Instead, his vehicle found abandoned on the Tappan Zee bridge. His body located a few days later. Police are surmising that he jumped from the bridge. What we do know is that cameras are visible on all areas of the bridge and they will surely find the evidence if he in fact jumped on his own. His mother does not believe he committed suicide.

Our hearts and prayers go out to her and his family and friends.
Could things have been any different?
At this point, we do not know.
We do not know if alcohol or recreational drugs may have been involved at the get-together.
We do not know if he in fact jumped himself or may have been car jacked and thrown. (However if that was the case, usually his car would be found abandoned in some side alley or elsewhere. Not in the middle of a very public bridge.)

What can be "learned" from this, if any, with "Friends Don't Leave Friends Alone?"

1. Take note if a friend may seem like they are in despair or depressed. Do not leave them alone. Help them by offering to call family for them, or to attend with them to a local outpatient hospital to be evaluated. This is especially important when a friend, or roommate, may exhibit repeated "episodes" of depression/anxiety.

2. If you truly feel your friend may be exhibiting behaviors consistent with an emotional disorder. Please report it to someone in the campus clinic or to his /her family direct. This is so important as many are at risk and family may not be aware that the stress from school and studying can bring about a diagnosis that nobody was aware your friend had.

3. When a late night outing occurs...it's always wise to have your friend not drive alone after 1am. By that point in time it is best to say to your friend that they can "crash on your couch" and not worry about leaving until morning. Be sure, however, if someone is waiting home for them...that they call and communicate their plans to arrive home in morning as opposed to driving alone at night. In this case, it was only 11pm when Denis departed from his group to go home. Sadly, he never arrived. It is not intended for his friends to feel or be guilty, thus far there is no evidence to suggest that Denis was not "in the right frame of mind" or was under any kind of influence, nor his friends, when he left the get-together. This very well may be a very tragic outcome that invariably could not have been prevented. However, it is still important to list Denis in this site as well as the tips contained within this post...because they are wise steps to take when having get-togethers.

4. Always be sure there is one in the group that is NOT under the influence of any alcohol (or substance) or marijuana. If a group of 4 friends are on an outing and all 4 are "under the influence" , no matter how well in control you may feel you are, that means there is 0 people in your group that has a 100% clear mind to make appropriate decisions.

5. Always try, if at all possible, when attending get-togethers to car pool it and have a buddy with you. We know there will be many times friends get together and all drive separately and/or like to go out solo...but if possible, always try to have a friend come and go at the same time. It just reduces the odds a bit...and that is always a good thing.

We do not condone alcohol, marijuana nor substance intake...but we know it happens and we ask that no matter the gathering, always be sure you are looking out for one another and that someone in the group is 100% "clear free" with no drugs, alcohol or other substances in their bodies. It only makes sense.

Police said Lukashkov’s car was spotted at a McDonald’s in Monticello, in Sullivan County, about 2:30 a.m. Thursday. He crossed the Tappan Zee going southbound into Westchester shortly before 4 a.m.
There’s no indication he visited, or reached out to, anyone on the Westchester side before his Honda was found abandoned on the bridge’s northbound side.
“He had no reason to come from Cornell to this area,” said his mother, noting her son had to be in Ithaca for classes and had gotten a new job there.
Sam Saideman, a friend of Lukashkov’s from Mamaroneck who had coffee with him two weeks ago, said he would have expected a call had his friend been visiting.
“Something just doesn’t make sense,” Saideman said. “It’s just not adding up.”
He has started a Facebook page to spread the word about Lukashkov’s disappearance.
Chelewski, meanwhile, is desperately clinging to hope that her son will be found alive She said she reached out to a psychic, who told her that her son was OK.
“If he was in an emotional situation, why was he playing Play Station with friends?” she said. “I’m still optimistic. I’m still thinking my son is fine.”
State police plan to deploy divers to search the river this weekend.
“We don’t know he jumped,” state police Sgt. John Maasz said. “We know we have found his car on the bridge. We know he’s missing. The circumstances indicate he jumped.”
Police ask anyone with information to contact state police in Tarrytown at 914-524-0223.
_______original report New York State police are searching for a Cornell student whose car was found abandoned on the Tappan Zee Bridge early Wednesday morning.


Police say Denis Lukashkov, 20, may have jumped into the Hudson River after leaving his car. A Honda Accord was found on the Tappan Zee with its car keys and Lukashkov's identification in it at 4:25 a.m. Wednesday. Police are using radar and sonar technologies and searching through the Hudson River for signs of Lukashkov, according to Trooper Jason Jones of the New York State Police. There were no witnesses who saw anyone jump from the bridge. On Saturday afternoon, police said that divers retrieved a body from the Hudson in the Village of Dobbs Ferry. Although some news outlets have reported that it was Lukashkov, Jones said to The Sun Sunday afternoon that no positive identification has been made on the body yet. Lukashkov’s mother told The Journal News that she last heard from her son when he called her Tuesday evening. He then played video games with friends at Cornell before driving from Ithaca, N.Y. to Westchester County, turning around and stopping his car on the Tappan Zee early Wednesday morning, LoHud.com reported. -

See more at: http://www.cornellsun.com/section/news/content/2013/09/07/new-york-state-police-search-missing-cornell-student#sthash.XMkuKfjE.dpuf
Posted by LostNMissing, Inc at 6:30 PM