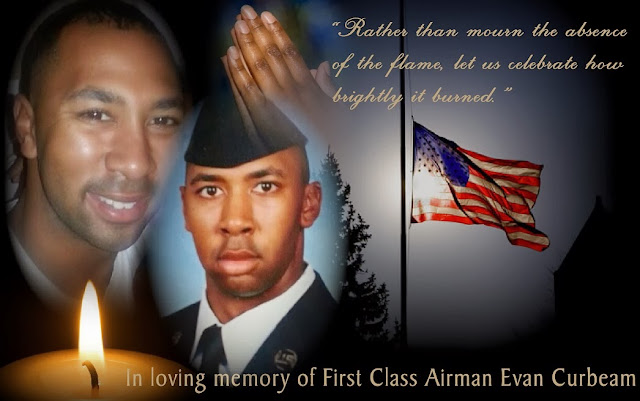 Baltimore police said the body of Evan Curbeam, 29, was found Wednesday afternoon during a water search in Fells Point. In a statement, Brig. Gen. Marc Sasseville, commander of the 113th Wing, called Curbeam "a friend, patriot and consummate professional." "It is with heavy hearts that we learned of the loss of one of our own," Sasseville said."He will be greatly missed. We extend our deepest sympathy and our hearts go out to the family and friends of Evan." Curbeam was recently chosen as the D.C. National Guard's Airman of the Year, officials said. He had served for two years and worked full-time at Joint Base Andrews in the munitions section of the 113th Maintenance Squadron. Baltimore police Homicide detectives and Marine Unit divers recovered the body at about 1:30 p.m. on Wednesday. The discovery ended an intensive missing persons search that began Saturday and involved the assistance of Baltimore County police. Curbeam's body was taken to the Medical Examiner's Office for further investigation, and police did not disclose any details Thursday afternoon on how Curbeam may have died. "We thank the Baltimore County and Baltimore City Police for their dedicated search efforts," Sasseville said. "While this is devastating news, we appreciate the quick closure their efforts brought." The Baltimore County resident was last seen about 1:30 a.m. Saturday. He had been at the bar Bond Street Social and left his group of friends to head back to his car, which was parked at Eastern and Broadway. His family became concerned when he didn't pick up his daughter as scheduled the following day. Police later found his car where he had left it in Fells Point. Baltimore Sun staff writer Justin George contributed to this report. alisonk@baltsun.com twitter.com/aliknez Read more: http://www.baltimoresun.com/news/maryland/baltimore-city/south-baltimore/bs-md-ci-body-identified-20131128,0,1161747.story#ixzz2lzJrXMeR ____________ 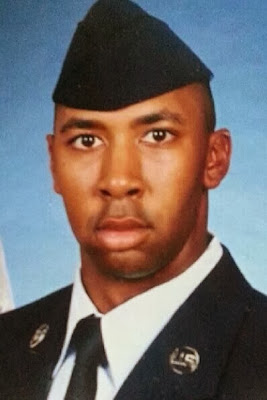 Update:
BALTIMORE (WJZ) — An investigation is underway after a body is pulled from the water in Fells Point.
At this point, police are not releasing any information about how the person died or if foul play is suspected.
The medical examiner is expected to see the body Wednesday, but police do not expect to have an identification.
WJZ has been reporting about the disappearance of Airman Evan Curbeam.
Right now, police are not saying if there is a connection.
___________________________


BALTIMORE (WJZ)—Where is my son? Parents of a missing Baltimore County man are desperate to find him after he went missing after a night out with friends. He hasn’t been seen since.
Rochelle Ritchie spoke with his father and police who are anxious for answers.
He is a 29-year-old Airman, and his family says they can’t think of any reason why he would disappear on his own without a trace.
Evan Curbeam is now considered missing by Baltimore County Police.
His father, desperate for answers, spoke to WJZ in hopes that someone knows the whereabouts of his son.
“I want my son home. That’s all I want. That’s all I want is to see my son again,” said David Thomas, victim’s father.

Curbeam, a father, husband and Airman First Class at Andrews Airforce Base, hasn’t been heard from since early Saturday morning.
He and several friends went to the Bond Street Social in Baltimore City on Friday night. The group left the Fells Point bar at around 1:30 a.m. Saturday. While his friends decided to go to another bar, they told police Curbeam said he was going to go home.
He was last seen walking to his car, which was parked about four blocks away.
On Saturday afternoon, police found his car exactly where he left it. The black Mazda 3 was parked at Broadway and Eastern avenues.
Thomas says he doesn’t think his son would just walk away from his life. He says the weight of not knowing what happen to his son is too heavy to carry. 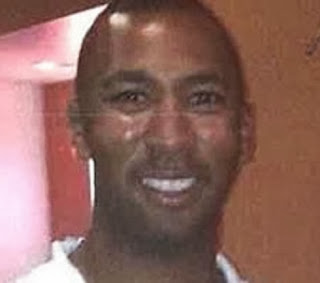 Curbeam graduated from George Washington University with a Master’s in science engineering.
Also a Baltimore Polytechnic Institute 2002 graduate, many of Curbeam’s former schoolmates have taken to social media to push for his safe return.
Baltimore County homicide detectives are investigating, calling this a very unusual case.
He “never left without telling anyone before. This is unprecedented for this person. We are extremely concerned about what happened to him,” said Elise Armacost, Baltimore County Police.
Curbeam’s father fears the worst and is hoping for the best and asking for anyone’s help.
“If you know something, call the police and let them know so we can bring him home,” Thomas said.
Anyone with information is asked to call the Baltimore County Police Department at 410-307-2020.
ORIGINAL REPORT LINK:  http://baltimore.cbslocal.com/2013/11/26/missing-baltimore-man-29-last-seen-walking-from-fells-point-bar-on-friday/
Posted by LostNMissing, Inc at 1:00 PM No comments: