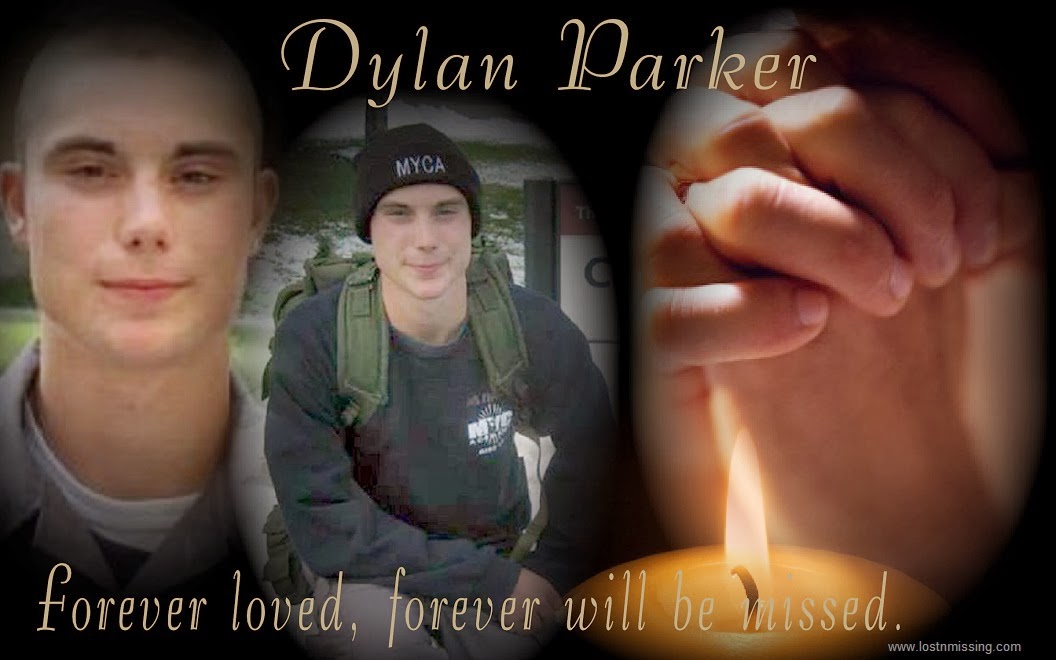 Our hearts and prayers for the family, friends, and all who love and will miss Dylan.
The Team at LostNMissing Inc.
The Sheriff's Office said preliminary results did not reveal any sign of foul play. The Sheriff's Office also said they will complete interview with additional people over the next few days and follow up on any leads they find.
If anyone has any new information about this case, please call Lt. Taylor Marlow at 208-556-1114.

Police Agency: Shoshone County Sheriff Dept., Under Sheriff Rod Plank at (208) 556-1114, or (208) 556-1151; or your local police
Case Number:
Circumstance:   Dylan Parker is missing.  He just turned 19 years old only days after last seen.  His last known location was at a gathering with friends on Two Mile Road in Osburn, Idaho on Saturday, January 11, 2014. His mother received a call from from Dylan that asked she meet him at the 76 gas station in town. She showed up, and there was no sign of him. She then searched throughout the night, but still no luck. His phone began going straight to voice mail around 4am. Dylan was in a great mood that day and night, nothing was out of the ordinary. The Sheriff’s Dept. has been conducting interviews and have done searches and no sign of Dylan.  Those from the gathering said the last they knew was that he called asking for a ride home, said his mom was coming to get him, he was going to start walking. Please, if any information, no matter how insignificant to contact authorities. You may remain anonymous. His family and friends are desperately seeking him. Dylan would not go off on his own free will and is very close to his mother and spoke to her nearly a dozen times the day he went missing.