Prayers for the family and friends of Gabe Verdin. 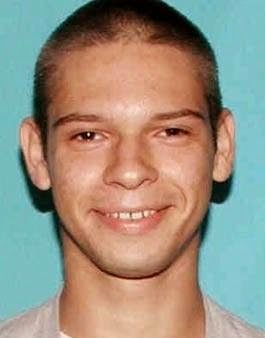 A Bourg man says that the body found floating in a Channelview, Texas, bay Saturday morning is likely that of his missing teenage son.

Gabriel Verdin, 19, was last seen April 8 just a few blocks away from where the body was discovered, he said.
“We're not looking for him anymore, we already found him,” said Shannon Pitre, 44, of Bourg.
The body, which was found by the Houston Police Department's Marine Division, has not been positively identified as Verdin, Harris County sheriff's spokesman Thomas Gilliland said.
Even without conclusive evidence that it is Verdin, his family is already mourning his loss, Pitre said.
“We're not 100 percent sure, but at the moment, it's very likely that it's him,” Pitre said. “We are all just so hurt right now.”
Verdin was reported missing Wednesday morning by a co-worker who walked with him from the dock where their workboat landed to the nearby Starlight Lounge, Gilliland said.
Verdin allegedly left with another bar patron while the co-worker was in the restroom. The co-worker reported him missing Wednesday morning.
Harris County authorities won't speculate on Verdin's cause of death or say whether violence is suspected.
Verdin graduated from South Terrebonne High School in 2013 and, according to his father, was a hard-working and happy young man.
Attempts to reach Verdin's mother proved unsuccessful.
Verdin worked for LeBouef Bros. Towing, where his father has worked for two years as a tankerman. Verdin, hired as a deckhand two months ago, was on his second outing with the company when he disappeared.

PREVIOUS:
At this point, it's not yet confirmed that the body found today is that of the teen but a representative for the 19-year-old's employer told told Local 2 they've been notified it is likely Gabe Verdin.
"It broke my heart," the representative said. "It was the first time meeting him and he was just so polite, such a nice kid."

Betty Byrd owns the Starlight Lounge on Market Street and may have been one of the last people to see Verdin alive.
The representative with La Beoff Brothers Towing, the company where Verdin worked, said he disappeared Tuesday night after he and another deckhand told the captain of their tow boat they were heading into town to buy cigarettes and sodas. Along the way the two ended up at the Starlight Lounge.
"He was ready to go at 9:30, but his co-worker wasn't ready to go yet, so some guy offered him a ride," Byrd said.
About a half hour later, the man who was allegedly giving Verdin a ride returned to the bar alone.
Verdin's mother spoke to Local 2 Friday after traveling 300 miles from her home in Southeast Louisiana, searching for her son.
"I look at the sky, I look all around, I just want to see him," Verdin's mother said.
Verdin had only worked for La Beoff Brothers as a deckhand for a couple of months. His employer said he was always smiling and had a good attitude.
Verdin's employer and family members were in Houston Saturday, along with a private investigator, still searching for answers.
Homicide investigators from the Harris County Sheriff's Office are now working the investigation.