With sadness, earthly body located. Our prayers for his family, friends and all who love and will miss him.

Alex Hendry, a 19-year-old freshman at Onondaga Community College, New York, was reported missing Sunday by his roommate after he failed to return home the previous night, the Onondaga County Sheriff's Department . His body was found around 1 a.m. Monday morning.

The sheriff's office is investigating the cause of death, but foul play is not suspected.

Temperatures in the Syracuse area dipped below -20 degrees Fahrenheit overnight Saturday into Sunday. They were still below zero overnight Sunday into Monday. He was last seen at an off campus event and seen leaving on foot.


Posted by LostNMissing, Inc at 7:00 AM No comments:

Earthly body located: Matthew Genovese, 24 - NJ - was missing Jan 23,2016
Funeral held early February, 2016. Our prayers.
A 24-year-old New Jersey man who went missing Saturday night after visiting a bar with friends during the weekend's blizzard has been found dead, police said Tuesday.
Matthew Genovese was last seen leaving McSwiggan’s Pub at First Street and Bloomfield Avenue in Hoboken between 10:30 and 11:30 p.m. He told three friends at the bar that he was walking home, a 10-minute trek away, Hoboken police said.


Genovese, an associate with a Manhattan tax consulting firm for companies that do business overseas, had lived on Garden Street in Hoboken for about a year before his disappearance.

He was originally from the Throgs Neck section of the Bronx, where he was remembered Monday during a funeral service at St. Benedict's Church, according to the Sisto Funeral Home, which handled the arrangements.
His remains were then interred in a family tomb at Ferncliffe Cemetery in Hartsdale, N.Y., in Westchester County, according to Sisto.
Police said Genovese's trip home should have been a familiar 10-minute walk, a block west and several blocks uptown. Instead, police said, Genovese left the bar and headed east, toward the River, three blocks away.
His wallet, with cash and credit cards still in it, was found along with his keys, in the snow near a waterfront railing at Pier A Park. City surveillance cameras were not trained on the spot.  http://www.nj.com/hudson/index.ssf/2016/02/bronx_funeral_held_monday_for_matthew_genovese.html
Posted by LostNMissing, Inc at 12:00 AM No comments: 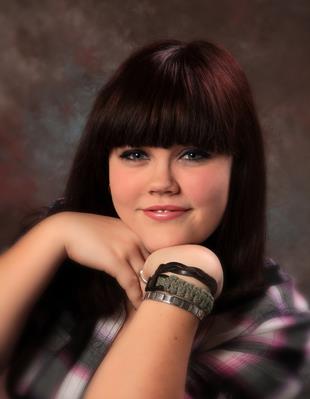 
Elizabeth K. "Lizzy" Luebke, age 21, of Oshkosh, passed away unexpectedly on January 17, 2016. She was born on July 23, 1994 the daughter of Gary and Kathryn (Griese) Luebke. She attended and graduated from Omro High School where she had been active in band and drama. She had been an active member of the Pickett 4-H Club. She loved horses and was a member of the Waukau Flying Mane riding club and also greatly enjoyed art, music, reading, time spent with her family and friends and cats, Tilly Monster and Honey, and of course "Augie Doggie". She worked at Griese & Sons in Pickett as the Safety Director and had also worked at Crown Trophy in Oshkosh in graphic design which she loved. Lizzy was an amazing young woman (smart, talented and witty) with a beautiful soul and she was loved and will be missed by many.

Media:
Milwaukee County Medical Examiner's Office has identified the 21-year-old woman found dead near Keefe and Bremen in Milwaukee as Elizabeth Luebke of Oshkosh.
Officials say Luebke was found frozen in front of a home.

Elizabeth Luebke
According to the medical examiner's report, Luebke "was reportedly in the area for a concert, and following the concert, a house party near the location from where she was found."
The report indicates the woman "was not dressed for the elements and noted to be frozen."
The report also says just before 4:30 a.m., a surveillance camera in the neighborhood "noted the decedent to collapse" at the address where she was found.
Luebke was found by a passer-by around 9:00 a.m.
The medical examiner's report indicates the temperature around the time 911 was called was "recorded as -5.8 degrees F with the wind chill recorded as -27.5 degrees F."
A friend shared a photo of Luebke with WITI. He said he knew Luebke as a sweet woman who went by the name of Lana Kane. She was at his home with friends from Oshkosh before she died.
"When she got here, she was really, really drunk and she got mad at her other friend and she stormed out," the man told WITI.
When Luebke didn't return, the medical examiner's report indicates someone called Luebke's mom, who drove to Milwaukee and filed a missing person's report.
"She's a really sweet person. I hung out with her at another show when I went to Oshkosh. She's a really nice person -- a really sweet person. It's really sad. She's only 21. Such a young age," the man said.
The report indicates Luebke had a history of binge drinking, but friends said she most recently had been sober for several weeks.
Police say no one should go out amid sub-zero, double-digit wind chills alone.
"If you can stay in groups -- at least with somebody -- and that's just general personal safety," Joel Dhein with the Glendale Police Department said.
Luebke's body was found frozen just around the corner from the home where the party was taking place.
The medical examiner's report indicates Luebke was not dressed for the bitterly cold weather -- as she was wearing party-type clothing, including shorts, stockings and a tank top. A sweater was found on the ground near her body.
Above credit to: cw39.com/2016/01/19/wisconsin-woman-found-frozen-to-death-after-leaving-party-in-shorts/
Posted by LostNMissing, Inc at 9:57 AM No comments: